In Sioux Falls, we have this amazing little space called the Museum of Visual Materials, which you can read about here: http://m.sfmvm.com/#home_page. One of the great things they offer are cooking classes with Sanaa, who writes a cooking column for our local paper as well as owning one of my favorite restaurants. The kitchen space at the Museum is open and airy, and perfectly designed for these types of demonstrations.
I brought my mother with me. Now that the air is getting cooler and it gets dark earlier, she is less likely to go out unless I take her. She doesn't like to drive at night anymore, so if she were to go anywhere I'm probably behind the wheel. It's nice because our relationship has evolved as ive gotten older and matured.
I have friends that are still in high school mode with their parents, and have never moved on. I won't lie, when my mother lived with us, emotionally I was 16 again; only this time around I had a lot more responsibility. Grand-mah and the Little Man have a great relationship and he really loves the time they spend together. I like watching their relationship evolve. When I was his age, my mom worked in New York. She left before I got up, and wasn't home until I was in bed, so I didn't see her a lot during the week. As a teenager I had tons of angst, which goes with the territory of being a teenager dropped behind the Zion curtain. Of course we had drama, because that just goes with the territory. There were a lot of underlying issues that we have only now really resolved.
I digress...I am glad my mother and I are developing a strong, healthy mother/daughter relationship now that we both can appreciate it.
Due to s stroke she suffered several years ago, my mother needs a walker to get around. There are some places she really can't go to because of her physical limitations. However, the Museum of Visual Materials is one such place. My mother is not as adventurous in culinary regards as I am, so I didn't know if she would like it. Once again, she surprised me.
Sanaa made mjdara, which is a lentil and bulgar pilaf with carmelized onions.
I am not a lentil fan by any stretch of the imagination. When I think of lentils it's either this gross dal an Indian restaurant in Philly made which turned me off dal forever. Then there is the lentil mush my grandmother would make with a ham hock. Neither choices appealed to me, so I crossed lentils off as a food choice.
However, this dish I think changed my mind. The sweetness of the caramelized onion mixed with the texture of the lentils and bulgar are a perfect combination, along with the simple cucumber, tomato and onion salad topping it made for a perfect taste explosion. If i posted the recipe, i would not do it justice. Besides, Sanaa has her own you tube channel with her cooking lessons. The recipe she made last night can be found here:

I highly recommend watching her channel-easy recipes, normal ingredients, entertaining style. If you are in Sioux Falls, I highly recommend eating at Sanaa's (http://www.sanaacooks.com/restaurant/) especially the Saturday buffet-super yum! 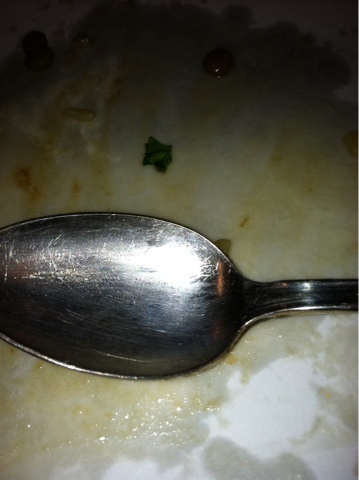 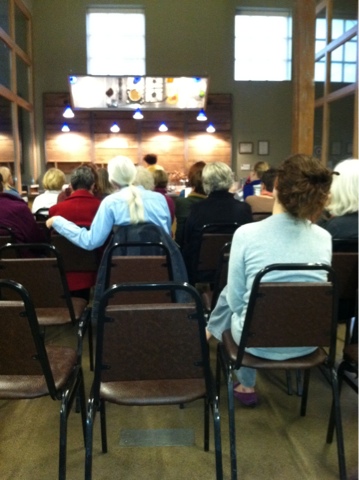 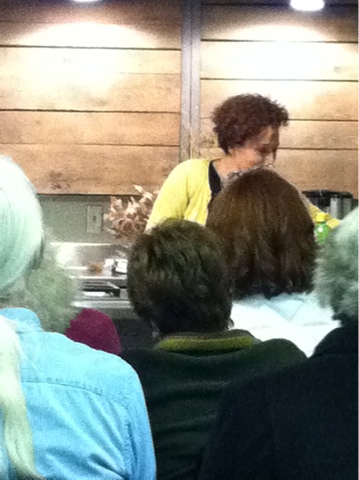 Wonderful! I'm glad you enjoyed the class. I am loving everything Sanaa makes. On another note, I should have styled my hair...I see my disheveled look in one of your pics:)
-Jessica, Ed Director, MOVM

Find It in Mommydom

Move to Mommydom, Get our Button